I’ve been busy writing lots of new units for iCompute this term and, during my research, came across the fabulous coding apps resource – Bitsbox.  Bitsbox uses a simplified version of Javascript, and provides tools that enable pupils to develop their own apps. 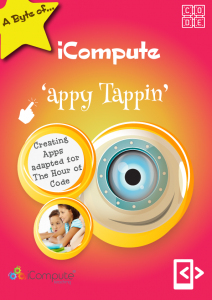 It’s a great stepping stone from the blocks-based languages and environments your pupils may have already mastered (Eg. Scratch, App Inventor, Tynker etc) on to text-based languages.

I’ve created a new 6-8 week unit that uses Bitsbox for Upper Key Stage 2 (pupils aged 9-11) to follow on from Unit 1 which uses App Inventor 2.  It can be used after or instead of unit 1.

Those familiar with me and my blog will know that I’m not a fan of introducing pupils to text-based languages in the primary phase, as I believe the struggle to master syntax and typos can inhibit pupils getting to grips with the fundamental principles of computer science and stifle creativity.

Bitsbox is a great compromise as, whilst children are required to type syntax, the simplified version of Javascript it uses – along with excellent support from the assets and command menus – means the transition from blocks to text is smoother and less frustrating for pupils. 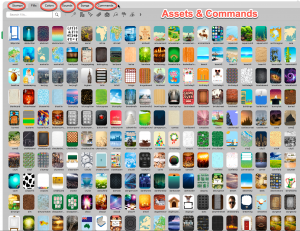 I’ve prepared a step-by-step free codings apps computing lesson plan and some teacher/pupil computing resources that I’m using and have added to iCompute – and will be adding to the Hour of Code (code.org/learn) – to introduce pupils to developing apps.  Feel free to download and use in your own classroom.

Coding apps – Program your own variation on the classic Whack A Mole game: Alien Tap.

Challenge your pupils to design algorithms and program the game using a text-based programming language, variables and functions to score points each time the alien is tapped. 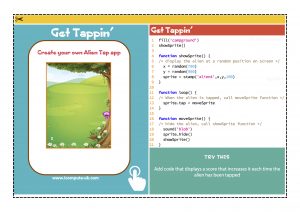 As usual, lots of opportunities for differentiation.  For instance, less able pupils could use pupil support cards (see support resource which is included in the pack) and/or write a more simple version.  Your more able pupils could:

Ideas for differentiation, extension and enrichment are included in the lesson plan.  Lots of opportunities to be inspired and get creative